This project was funded by the Department of Veteran Affairs. With the Emergency Roof Replacement taking place on a hospital, the facility remained open during construction. Due to the access area to the lower roof being near the Emergency Entrance a tremendous amount of pre-coordination and the use of the effective safety plans had to be put in place. Safety pathways were always made for all emergency traffic and pedestrians to have a clear access way.

The project consisted of multiple roof replacements that the Department of Veteran Affairs needed replaced quickly (emergency roof replacement). Most of the roofs being replaced were leaking into the facility, some in critical areas of the hospital. AACON General Contractors removed the entire roof and some of the metal decking that was rusted and non-repairable.

During construction it was discovered that the roof height would need to be redesigned in an area due to multiple HVAC and boiler lines on the roof and would need to be lifted. Multiple items on the roof had be terminated over the years and left in place. AACON advised that this would be the time to remove any existing antennas and equipment that was no longer in use. AACON worked directly with the VA Engineers to decide which items needed to be removed at no additional cost to the client.

The removal and proper disposal of the existing roof was removed and replaced with a Firestone TPO system. All debris was removed with a crane and all new material was also placed by crane. AACON removed all roof drains and replaced with new retro fit drains, re-installed all roof top hatches with new curb systems. All walls were flashed, new lightning protection was installed, fall protection railing install and new stainless-steel edge metal was replaced at no additional charge around all perimeters of the new roofs to match existing.

Even with the aggressive schedule, AACON completed the project one month early. 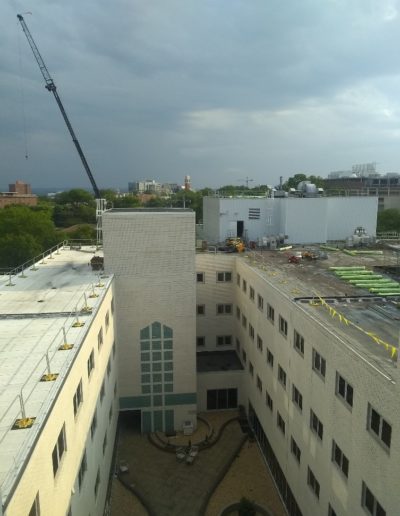 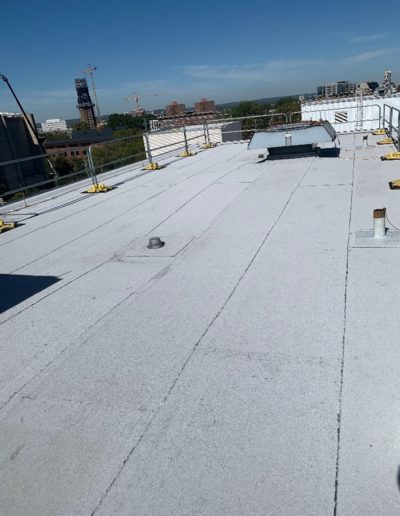 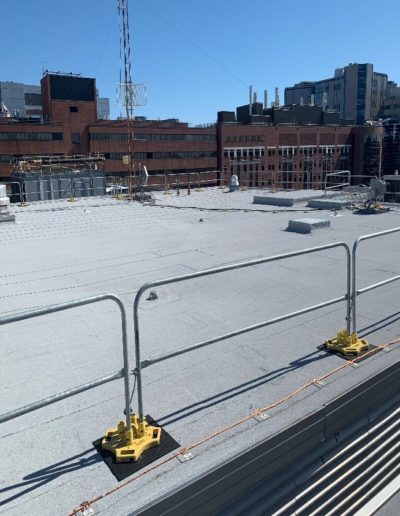 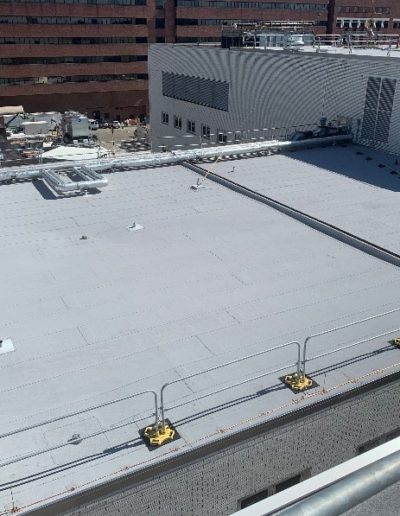 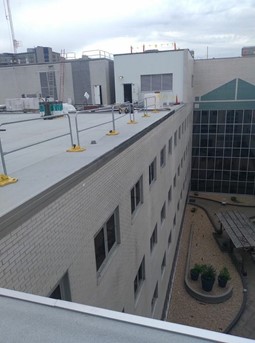 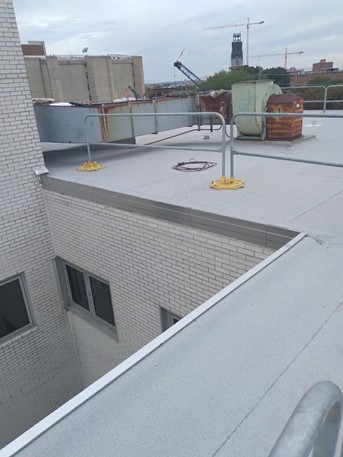 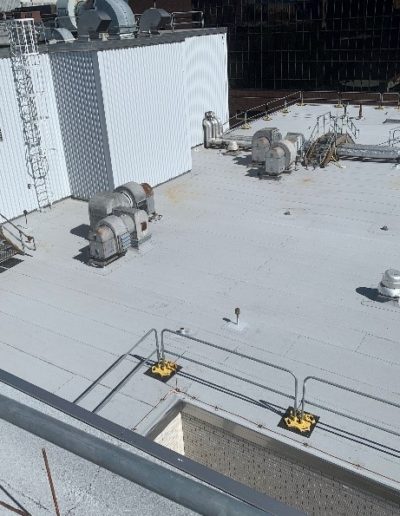